Once you have designed your game, have a go at playing it. Unfortunately, sometimes we overcomplicate games, so you’ll want to make sure your game is actually playable. The tabletop games industry is continuously growing so you’ll want to make sure your game won’t end up gathering dust. It’s also important that your game is fun for whoever your audience may be. Play your game with a group of friends and ask them their opinions, but remember friends sometimes find it difficult to share true opinions. Ask your friends to see if any of their friends would like to play your board game or go online to find like-minded individuals who will help. If you are worried about not having a proper prototype then don’t worry, you can always make a prototype at home using a printer, some cardboard, scissors and tape. Once you have received feedback, it’s important to consider and decide how you’ll address the feedback. You can’t always have a perfect game so It’s your call to decide how much feedback you take on board. Make sure that when designing your board game, it’s actually fun and not just for you otherwise other players will end up posing on Snapchat using the dog filter instead of concentrating on the game. 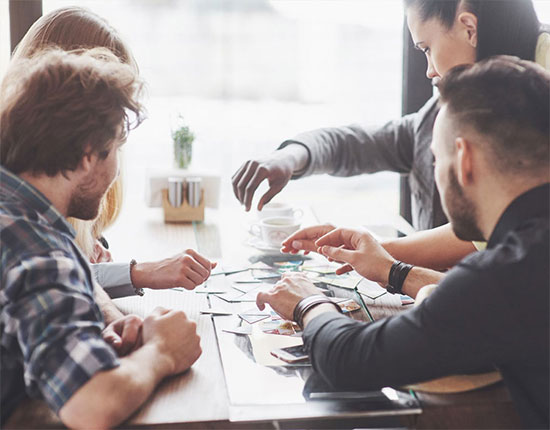 Make sure your game has replay value, you don’t want your game to be completely predictable the second time it’s played. Think back to games you last played or games you played growing up such as Monopoly, Top Trumps, Snakes & Ladders and whether or not you wanted to play them again. These games have a high replayability value because the game is unpredictable, in other words, in games such as Blackjack, Top Trumps etc, you don’t know what cards you and your friends will be dealt hence no two games are the same except if none of you can shuffle. You’ll want to make sure your game can be replayed, whether it’s instantly or not and how the game pans out. If it’s a repetition of the game before, then you’ll want to explore how you can add replay value to your board game.

A good example is Cards Against Humanity, it has a high replayability value but then that soon diminishes after multiple games with the same friends, because the funniest card would have been played but if you change who you play with, the game becomes playable again. Most tabletop games now have expansion so you can always consider adding expansions to add replay value to your games.

Make it Easy to Play

Last but not least, it’s important to make sure your game is easy to play. Sure, there’ll be some rules, but nobody wants to remember all 300 rules on how to play. Make your game is as easy as possible to play, ideally you want a single person to read the instructions and be confident enough to explain the game and its rules to fellow players. Again, cast your mind to some games you have played, chances are they were easy to play. If your game requires complex rules, then it would make sense to have some basic rules that make up the essence of the game and allowing players to choose whether or not they incorporate those rules into their games. We all probably play a different version of Monopoly following the core rules, so don’t worry if players are not playing how you intended them to, as long as they enjoy the game, that’s what matters, right?

Manufacturing a sample of your board game

If you want to prototype your game because you think that a finished board game will make a difference in the way it’s played, then please contact us. As a board game supplier, we help designers produce a prototype version of their board game. The board game production differs between smaller and larger runs but these are minimal. If your tabletop games has components, we are able to produce these without requiring tooling fee. We’ll do our best to keep all costs to a minimum and we’ll be happy to share tips on how you can reduce costs.