Unstable Unicorns was successfully funded on Kickstarter; smashing their goal and for good reason, the game is seriously fun. For those of you who have never heard of Unstable Unicorns, I have one question for you, where have you been? Have you been living under a rock? Was there Wi-Fi? Unstable Unicorns is a game aimed at adults. If you enjoy games like Exploding Kittens, Cards Against Humanity, Bears vs Babies etc. etc. you’ll enjoy Unstable Unicorns.

Cards Against Humanity is awesome too, if you have a sense of humour. Even Trump managed to get a smile out, forcibly, but still. You know the game is f***ed when it comes with the warning “A party game for horrible people”. You’ve probably seen some of the crazy cards played in Cards Against Humanity on your Facebook or Tumblr feed and for those who are old, on Twitter.

But if you had to choose between Cards Against Humanity or Unstable Unicorns to buy with the little money you have left after paying for all the boring stuff like rent, electricity, milk, bread. What would you choose?

Cards Against Humanity: The Good

Cards Against Humanity can be played instantly, you won’t be searching the rules on your phone. To play is easier than toasting toast. All of the players except one who becomes the Card Czar receive 10 white cards. The Card Czar then picks a Black Card and it’s up to the players to choose the funniest white card to play. No one, except you will know which card you played as the Card Czar will shuffle the cards before reading them aloud. Cards Against Humanity is designed to make you laugh so hard you’ll cry, the cards are super immature but that’s a good thing! You better have soap to wash the filth out of your mouth. The Card Czar will then choose the funniest and award that player one point. Once that’s done, another player becomes the Card Czar and the game continues till you are blind drunk or you had enough. 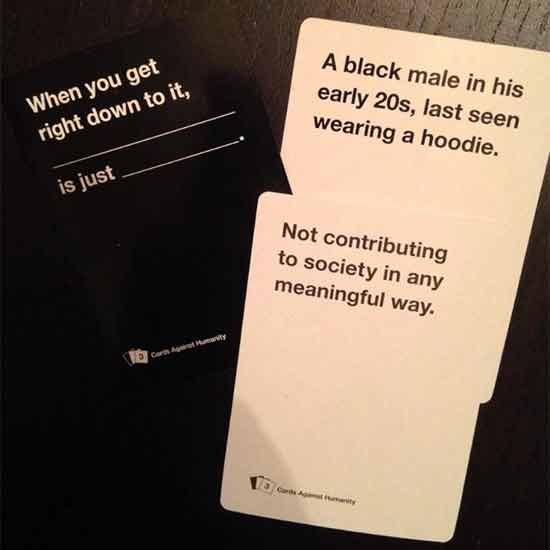 Cards Against Humanity: The Bad

But Cards Against Humanity needs a minimum of four players, who in the hell has 3 friends, let alone getting all 3 friends together at the same time. The other thing about Cards Against Humanity is that once you have played the game a few times, it becomes boring, fast! How many times are you going to laugh at “Pac-Man Uncontrollably guzzling cum” and how many of your friends are going to play the same cards again and again. You could invite more friends to play Cards Against Humanity, but if you struggled to get 3 friends together, where are you going to get 3 brand new friends from and then 3 more after that? Silk Road? That’s been shut down. Silk Road 2.0? That’s been shut down too! 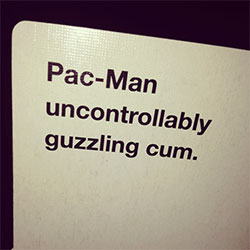 Thankfully the team at Cards Against Humanity realised that the game can get repetitive fast and be as useless as that dictionary from school. They released a bunch of expansion pack which includes a weed pack, so grab your dealer, and your dealer’s dealer to play. For those of you who don’t ‘bun da reefa’, you can choose from the Science Pack, Geek Pack or the bigger Red, Green or Blue expansions. The bigger expansions are priced closely to the core game, so you’ll need to either rob a bank or be a banker to never get bored of Cards Against Humanity because money will buy you friends and all the expansions. 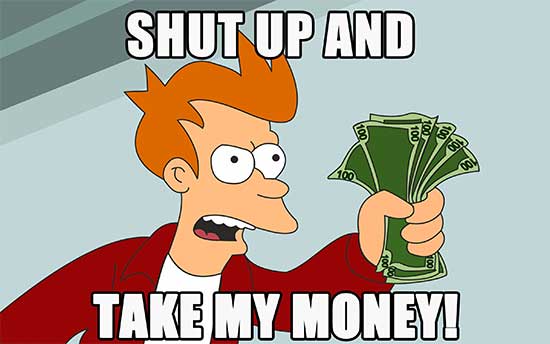 From the name, you would not think Unstable Unicorns would be thoughtful and exciting. All the cards are well designed, which in turn makes it a thoroughly enjoyable game. It’s hilarious too! The core game was launched alongside the expansion packs: Choose from NSFW; Dragons; Rainbow Sprinkles or Apocalypse, which was then combined into Rainbow Apocalypse or the 5 exclusive cards to Kickstarter. More expansions have been released, shop Unicorns of Legend. The latest expansion for Unstable Unicorns. 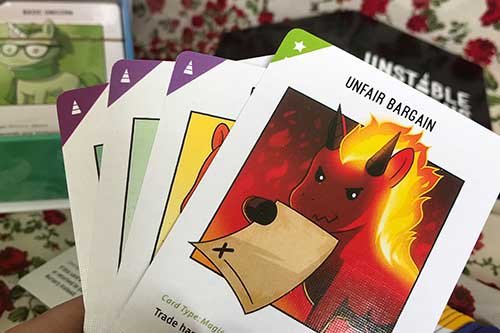 Unstable Unicorns can be played by 2 or more people, perfect for those with one friend. (Remember, quality over quantity!) Unstable Unicorns is a strategic game meaning it won’t be collecting dust anytime soon. The chances you’ll get the same hand exactly again is rare so you’ll need to choose a strategy if you plan to be the Unstable Unicorns Champion. Don’t play your Upgrades or Neigh Cards too early or you’ll be just like Karius. Think of yourself as Sir Alex Ferguson, the genius tactician.

However Unstable Unicorn is not a game you can pick up and play. You need to learn how to play and learn the rules, even then you’ll need to resort to Google to understand the effect of your card. ‘Is the Kittencorn immune to everything or just magic effects?’. You’ll be interpreting cards like you are in class & that sucks, because if you play with a different set of friends, they’ll have their own rules and now you can’t even win! If the game ends up being too tough, playing the NSFW Expansion with the optional drinking or stripping rules will be enough to ensure you still made the most of your night in. Also the two player game is Meh! 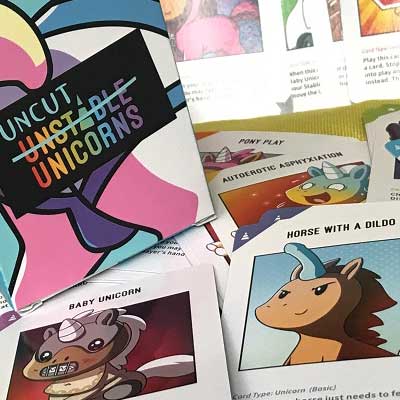 We’re going to go play some more Unstable Unicorns and possibly Cards Against Humanity if we can find more friends. Let us know if you agree or disagree with us.